To do so we focus on 6 key impacts affecting the environment and human well-being: greenhouse gases, water abstraction, Land use, water & land pollution, air pollution, waste. 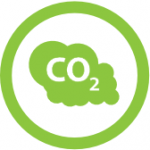 Is the present value of each metric ton of CO2 equivalents emitted now, taking account of the full global cost of the damage that it imposes during its time in the atmosphere. The social cost of carbon dioxide includes, but is not limited to, changes in net agricultural productivity, human health, and property damages from increased flood risk.

Carbon dioxide (CO2) : Carbon dioxide is an important greenhouse gas and burning of carbon-based fuels since the industrial revolution has rapidly increased its concentration in the atmosphere, leading to global warming. It is also a major source of ocean acidification since it dissolves in water to form carbonic acid

Methane (CH4) : Globally, over 60% of total CH4 emissions come from human activities. Methane is emitted from industry, agriculture, and waste management activities but is also emitted from a number of natural sources (eg: Wetlands are the largest source, emitting CH4 from bacteria that decompose organic materials in the absence of oxygen). Although methane’s lifetime in the atmosphere is much shorter than carbon dioxide (CO2), it is much more efficient at trapping radiation than CO2. The comparative impact of CH4 on climate change is over 20 times greater than CO2 over a 100-year period.

Ozone (03) : In the troposphere, ozone is a greenhouse gas that is harmful to humans and nature in heavy concentrations. This is why, mainly during summer months, the rates of ozone are sometimes communicated during the famous smog alerts. 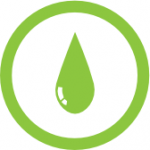 Represents the process of taking water from any source, either temporarily or permanently. This water can be used for irrigation, industry, recreation, flood control or treatment to produce drinking water. It can be country or water basin specific

We measure the impacts of abstracting water on the environmental services loss, such as, waste assimilation, wildlife habitat and recreational activities, groundwater recharge and other. These services cover the direct non-consumptive use of water and the indirect use of water. 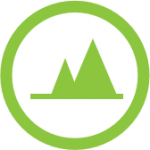 The land use depends strongly on the type of project. We take into account the regulating, provisioning, cultural and supporting services that land offers.

Regulating : These services, such as climate and water regulation, are unrecognized in day-to-day transactions of provisioning services. Regulating services are key contributors to human health and well- being and when ecosystems are degraded, their ability to deliver such services also declines.

Provisioning : Material outputs from an ecosystem are grouped under the banner of provisioning services and can include food, timber as well as other resources. Such outputs of ecosystems tend to have markets where they are traded openly so their prices are known. However, a number of services
that contribute towards the creation of provisioning services are not incorporated into the price, resulting in the true value of these goods being underestimated.

Cultural : Cultural services can be described as those that reflect local inhabitant’s value of an ecosystem. Recreation, aesthetic pleasure and spiritual existence can be regarded as cultural services provided by ecosystems as well as tourism. Not all values will reflect local attitudes as many studies derive values from expenditure on international travel. 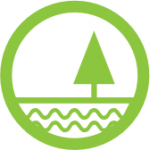 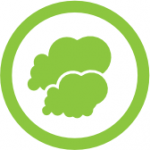 Calculate the impacts of the pollutants on health, crops, timber, corrosion, water acidification.

VOC (Volatile Organic Compounds) : are organic chemicals that have a high vapor pressure at ordinary room temperature. Their high vapor pressure results from a low boiling point, which causes large numbers of molecules to evaporate or sublimate from the liquid or solid form of the compound and enter the surrounding air. For example, formaldehyde, which evaporates from paint, has a boiling point of only 19 °C.

Nitrous oxide (N20) : Nitrous oxide gives rise to NO (nitric oxide) on reaction with oxygen atoms and this NO in turn reacts with ozone. As a result, it is the main naturally occurring regulator of stratospheric ozone. It is also a major greenhouse gas and air pollutant. Considered over a 100-year period, it has 298 times more impact per unit mass (global warming potential) than carbon dioxide.

Sulphur dioxide (S02) : At standard atmosphere, it is a toxic gas with a pungent, irritating, and rotten smell.

Particulates matter : is microscopic solid or liquid matter suspended in the Earth’s atmosphere. They have impacts on climate and precipitation and adversely affect human health.

Atmospheric ammonia (NH3) : is a gas readily released into the air from a variety of biological sources, as well as from industrial and combustion processes. It can damagingly affect the quality of the environment through acidification and eutrophication of natural ecosystems, the associated loss of biodiversity. Possible health effects of ammonia gas in the atmosphere include short-term irritation of the eyes and lungs and the long-term effects on the cardiovascular system through inhalation of fine particulate matter formed from ammonia in the atmosphere.

Carbon monoxide : is a colorless, odorless, and tasteless gas that is slightly less dense than air. It is toxic to humans when encountered in concentrations above about 35 parts per million. In the atmosphere, it is relatively short lived but has also a role in the formation of ground-level ozone. Carbon monoxide is produced from the partial oxidation of carbon-containing compounds. It forms when there is not enough oxygen to produce carbon dioxide (CO2), such as when operating a stove or an internal combustion engine in an enclosed space. 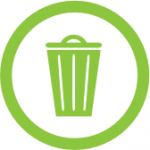 The volumes and treatment of waste is country specific.

We measure the impacts of waste through atmospheric effects, land and water pollution but also the disamenity caused by odors.